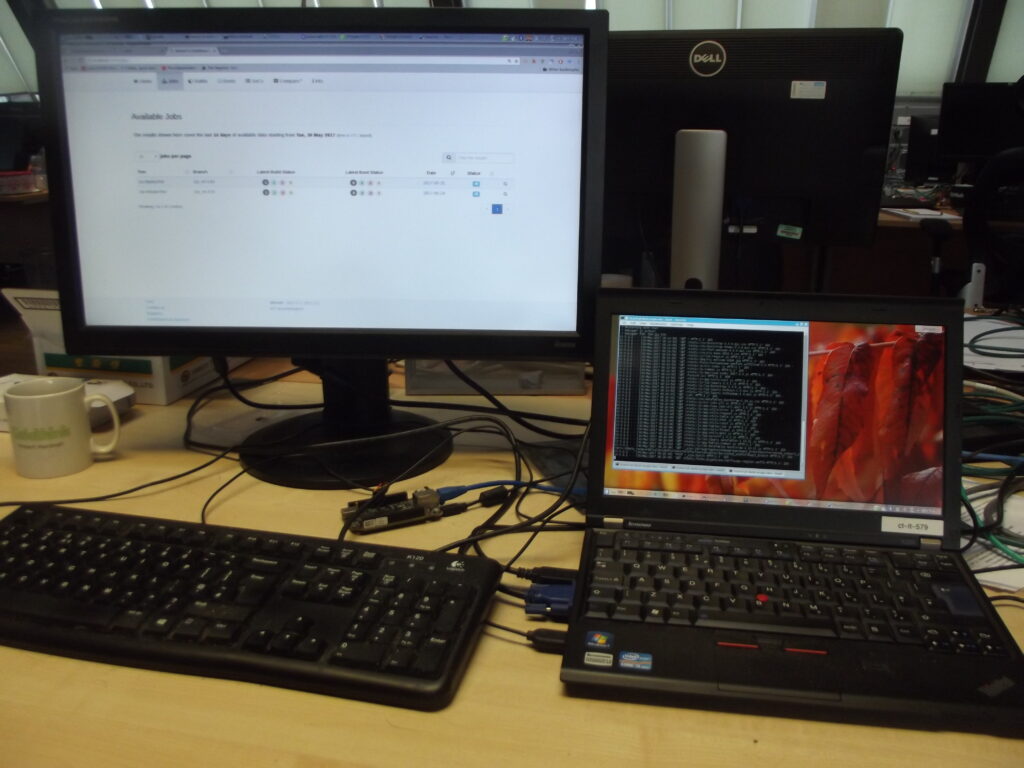 CIP Project releases a tool-box based on LAVA and KernelCI to test Linux kernels locally: Board At Desk v0.9.1

By Noriaki Fukuyasu In the News

The Civil Infrastructure Platform project, a Linux Foundation Initiative, is happy to announce the publication of Board At Desk – Single Dev. v0.9.1, a customised and easy to deploy instance of the kernelci.org and LAVA projects that should allow developers to test Linux kernels on boards connected to their own development machines using the tooling provided by one of the most successful Open Source and distributed testing projects. 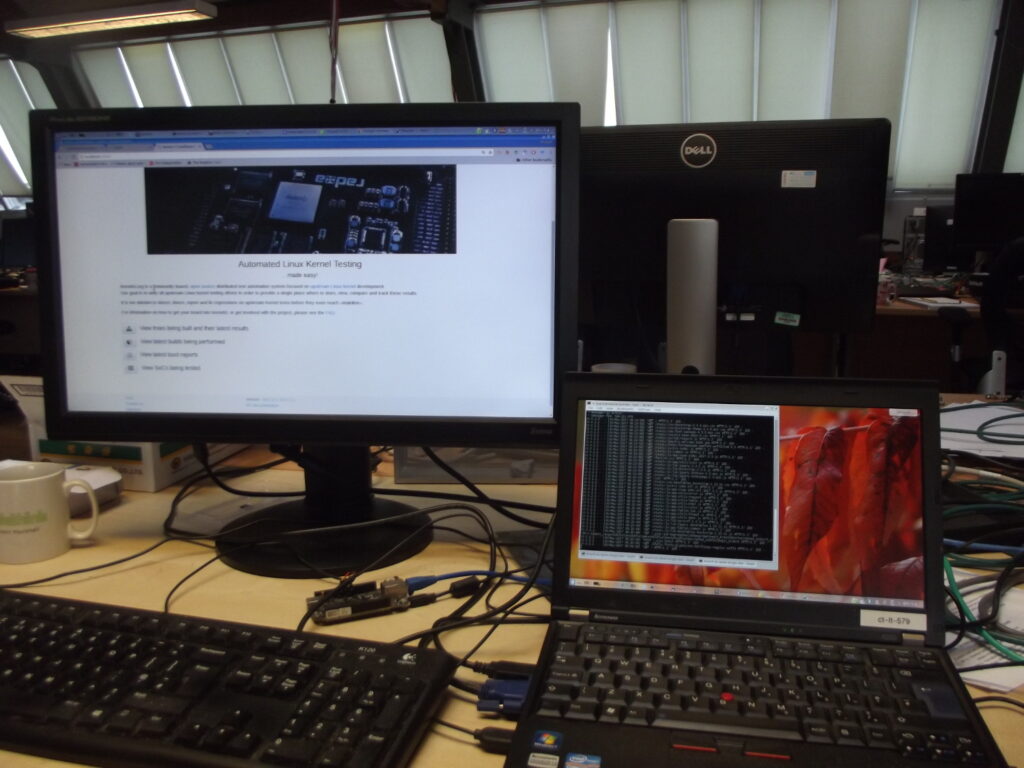 This instance is provided in this first release in two forms:

With this effort, the CIP project is trying to create a first step towards “shared and trusted testing” by every member and the CIP kernel maintainer. It also has as a goal to extend and simplify the current use case satisfied by kernelci.org, focusing on those embedded developers that have direct access to boards, by reducing the deployment, configuration and maintenance costs. Finally, CIP intends to increase the number of developers and organizations willing to participate in kernelci.org by providing a simple mechanism to evaluate the technologies involved in what CIP consider B@D’s upstream project.

Some of the most important actions taken by the team behind B@D have been focused in two areas:

KernelCI was based on Ubuntu v14.04, it used Nginx as the Web Server and SimpleHTTPServer for the Storage Server which is where the builds are stored. LAVA was based on Debian and used the Apache Web Server and the Django Content Management System for the Frontend Web Framework. Both web servers wanted to use port 80.

The current VM uses Debian Jessie only. It runs KernelCI on Nginx and LAVA on Apache on reassigned ports. The KernelCI Storage Server has been migrated over to use Nginx on a reassigned port.

The released VM assumes the usage of an FTDI USB-to-Serial cable to connect the host machine to the Beaglebone Black. It uses ser2net to route the /dev/ttyUSB0 serial port to a TCP port on the host machine which allows the user to use telnet to communicate to the Beaglebone Black console for remote login and boot messages. It also allows LAVA to use tftp to transfer the kernel directly over to the board eMMC without needing to burn an SD Card.

This B@D version supports Beaglebone Black. Renesas RZ/G1M support is in progress and the rest of the CIP reference boards will be supported in the near future.

Further information about what you will find in Board At Desk – Single dev. (B@D v0.9.1) can be found in the B@D Feature Page.

If you are interested in testing kernels using this version of the tooling please meet the developers at the cip-dev mailing list. If you find bugs in KernelCI or LAVAv2 themselves, please report them upstream. If you find them in the configuration or any of the previously described topics, please report them in the CIP-testing bug tracker. More general information about the CIP testing project can be found in the CIP Testing Landing Page.