We’ve launched the Civil Infrastructure Platform (CIP) project just over a year ago, and since then, we have made a lot of progress in making Linux usable in industrial grade environments such as power plants, railway systems, and so on. The followings outlines the achievements since the inception of the project.

CIP has been delivering a measurable amount of output over the last year or so.

Today, we are very pleased to inform all of you that CIP recently added even more value to our industry; investing in the Real Time Linux Project, the first formal release of Board @ Desk, and our Whitepaper publication.

Again, our work is to develop a software “Base Layer” to support mission critical systems like power plants and train systems, etc. Those systems require hard, real-real time capability, so it is very critical for us that the Real Time patches be integrated into the mainline kernel sometime in the near future.  To make that happen, CIP decided to take action.

CIP members will not only be contributing to the upstream Kernel, but will also make sure to maintain it so the industry can rely on the use the kernel for their real business.  To do so, CIP member, Daniel Wagner, Siemens, has become the maintainer of -rt series of CIP Kernel.

One of the pain-points for the industry has been testing.  We all do testing. In many cases, we all do very similar (if not exactly the same) testing at each company separately, yet testing has been the area which there has not been much collaboration among the open source community up until some years ago.

Recently, we’ve seen this situation changing. Testing has become one of the hot areas of open source collaboration. LTSI launched a testing project 3-4 years ago, called JTA, and the project has now become the origin of an independent project called Fuego, maintained by Tim Bird.  It has also become a source of a testing framework used by Automotive Grade Linux (AGL), called CIAT. Linaro has developed LAVA and is supporting the Linux Kernel community through the kernelci.org project.

For CIP developers, we would like to take this opportunity to announce the release of “Board @ Desk”, an instance of LAVA and KernelCI integrated by Codethink for CIP that should allow a customised and easy to deploy instance of the kernelci.org and LAVA projects that should allow developers to test Linux kernels on boards connected to their own development machines using the tooling used by one of the most successful Open Source and distributed testing projects, kernelci.org.

With this effort, the CIP project is trying to create a first step towards “trusted testing” within CIP for every member and the CIP kernel maintainer.

Finally, we have an announcement regarding our new publication.

CIP is a very engineering-centric project in nature. Our main focus is not a sexy and innovative technology, but rather more conservative maintenance work to establish a foundation for the systems that have to run our society for many, many years. 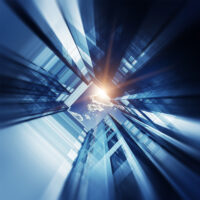 Thus, as already mentioned, it has been just over a year since CIP has been started and delivered a measurable amount of output, yet we have not reached out much to the developers to whom CIP can be valuable.  This whitepaper provides the information developers need to understand who we are and what we are doing, and what value our activities can have for them.

We will be distributing the hard copy of the white paper at our booth at Open Source Summit Japan, May 31st through June 2nd. If you are participating in the event, please make sure to come to our booth to pick up the white paper (both English and Japanese versions are available)

You can also download the whitepaper from here.
(Japanese version is also available here)

We are looking forward to seeing as many of you as possible at Open Source Summit Japan!